Century Harmony's roots go back to the 1930s when George Tyler's father, Felix, moved to Georgia from Nevada.  He and his wife moved to Atlanta, and the young mining engineer began working on the world's largest bas relief sculpture at Stone Mountain, Georgia, which was started by Gutzon Borglum.  Borglum was the creator of the magnificant carvings on Mount Rushmore.

After moving to Elberton Felix opened Elberton City Quarries and later he sold it.  Then, with a partner, he opened Puritan Granite Company.  As World War II began his partner went to work as a shipbuilder in Brunswick, Georgia, and Felix was called to the Baldwin Locomotive works in Philadelphia to convert it into tank production.  Later he moved to Texas to assist with tool design in the Convair facility that built B-36 bombers.  At the end of the war he returned to Elberton and reopened Puritan Granite with his old partner.  In 1949 Felix sold his interest in Puritan to his partner, and started Century Granite Company.

In 1954 his son, George, graduated from Georgia Tech and received a commission in the U.S. Air Force, where he served two years on active duty.  After his service in the Air Force, George returned home and joined his father in the business.

George and Patsy married in 1960, and she has served the company in many capacities.  They raised two boys and two girls,and both sons joined them in the business.  Their older son, Wolfe, passed away in 2006, and he is still remembered fondly by Century's customers, his co-workers and the closely knit community of Elberton.  Their surviving son, Louis, serves as Century's Chief of Operations and oversees virtually every part of Century's manufacturing facilities.

Today Century is a vibrant, growing company with a reputation for excellence in manufacturing and service.

What makes Century different from other granite companies?

The core business of the death care industry is service. Yes, you sell tangible products, but your families come to you for service. Century's core business is service. Most memorial industry wholesale suppliers are oriented to manufacturing and distributing. Many are only distributors, relying on manufacturers half way around the world.Century manufactures over 96% of the memorials it sells. Manufacturing is not just sandblasting or engraving stones that someone else made. This is the key to providing fast delivery of monument orders. It also is the key to quality control. Century delivers to most of its customers on its own crane equipped trucks. This makes us entirely responsible for your orders until they are safely in your receiving area. Our average manufacturing time is 3 weeks. Our truck deliveries are 2 to 4 weeks. 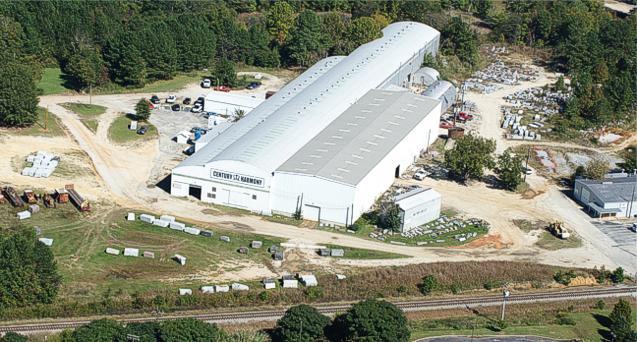 96.7% of the monuments we sell are produced in our Elberton plant (above).

Our Sales Department is customer service oriented. They have many years of experience in the industry, and they're available to answer your questions and provide you with the tools you need to become the best monument counselors and sales persons you can be.  They are backed by our drafting department, and they can usually provide drawings for your approval the next day.  That's a service and response time other companies do not provide.

Instead of carrying an enormous inventory of imported monuments, Century carries a large inventory of quarried blocks. This enables fast production of a huge number of special order memorials instead of waiting for delivery from half way around the world. Century Transport LLC is the wholly owned trucking company of Century. The best drivers and equipment are the reasons Century gives the best delivery service to its customers! 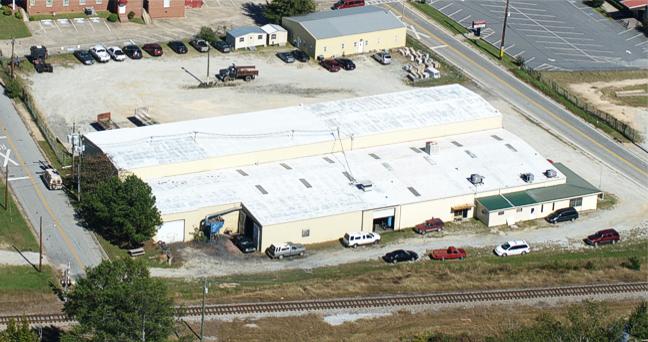 This is Century's Sales, Carving, Lettering, Loading and Shipping facility.


Sales and Customer Service personnel can quickly check on the status of drafting, sandblast, etching, and truck loading.

Here is where "Your Person in Elberton" takes care of his or her responsibility to you.